If you like exclusive events that make you feel like a V.I.P., you’ll probably fall in love with Disney After Hours at Hollywood Studios.

Not all of the After Hours events are created equal, however. And, while we don’t recommend all of them, a couple (like the one at Hollywood Studios) are definitely worth it for some people.

Here’s why we think so plus info on what it is, how much it costs, who should attend, and a suggested itinerary if you plan to go.

Since the opening of Star Wars: Galaxy’s Edge in 2019, Disney has not announced any new dates for After Hours at Hollywood Studios.

The information below is from 2019 and will be updated if Disney decides to continue this event.

What is Disney After Hours at Hollywood Studios?

If you are a person that would love to ride your favorite headliner attractions over and over, Disney After Hours might be just the thing for you.

You may be asking yourself why you should pay for extra time in the park when Disney offers that same perk for free?

But, although the names are similar (which can make it confusing!) “Disney After Hours” and “Extra Magic Hours” are definitely not the same thing. 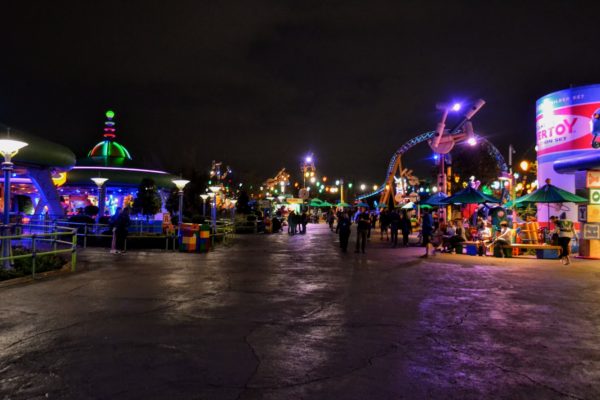 Extra Magic Hours are one of the onsite benefits of staying at a Walt Disney World resort hotel.

Considering that there are thousands and thousands of onsite rooms (with each one holding multiple people) and typically only 1 park with Extra Magic Hours per day, you can see where the crowds for those would be very heavy.

So, yes, you get the extra time for free, but you also may have to deal with heavy crowds which dramatically minimizes the value of this “perk” for onsite guests.

But, that is not the case with Disney After Hours.

Disney After Hours are much more exclusive.

This is a special-ticketed event, and not only that, Disney has said over and over that the number of tickets sold is limited and from our experience, they are 100% right.

The limited number of tickets create parks that almost feel eerily empty with hardly any lines to be found, which is perfect for anybody that loves riding lots of attractions. 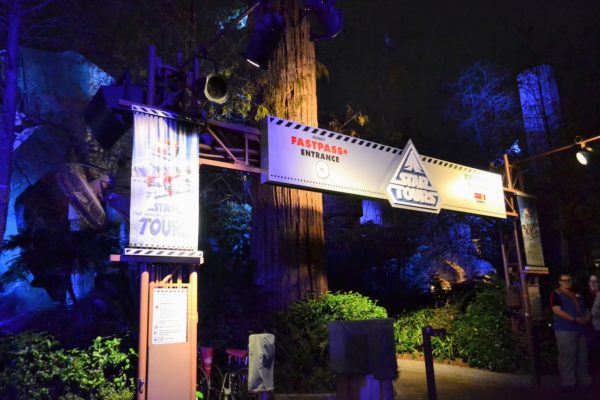 Aside from the low lines, another cool thing is (like with other events that require a special ticket) that purchasing a ticket to Disney After Hours at Hollywood Studios allow you to enter the park before the event begins (in this case at 7:00 p.m.), which is before the regular park closing.

That means you’ll be able to see and do a few things not included in Disney After Hours at Hollywood Studios without having to buy a regular park ticket before the event starts (more on that below).

When you arrive to the front of Disney’s Hollywood Studios, you’ll be asked to check-in and be given your credentials (wristband) for the evening.

Planning on arriving earlier than than 7 p.m.?

If you have a regular park ticket for that day and you’ll be spending the afternoon before the check-in time at Hollywood Studios, you won’t have to go all the way back to the front to check in.

Guests already in the park can go to Ticket Central located at the corner of Hollywood Boulevard and Sunset Boulevard (near The Hollywood Brown Derby) for their wristband. 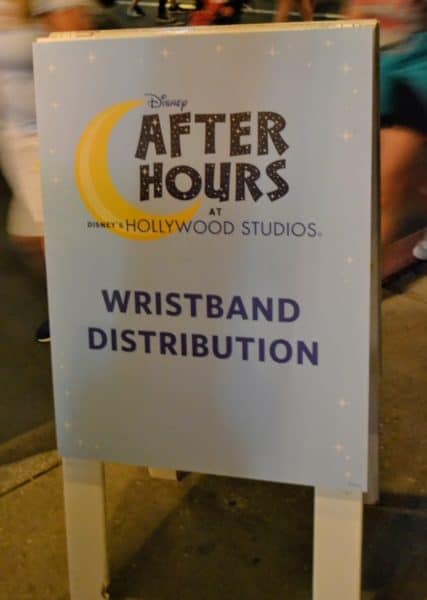 When the official park closing time arrives, guests without wristbands will be directed towards the front.

People without the proper credentials won’t be allowed to enter any of the lines, and it doesn’t take long at all for the park to clear out of non-Disney After Hours participants, though you should plan on there being some overlap between day guests and the beginning of the event.

Before the party starts & what’s available during the party

That time before the party starts is perfect for knocking out a few things that aren’t going to be available later that night (like seeing one of the nighttime shows).

Here’s what is available during the party:

And here’s what’s not open 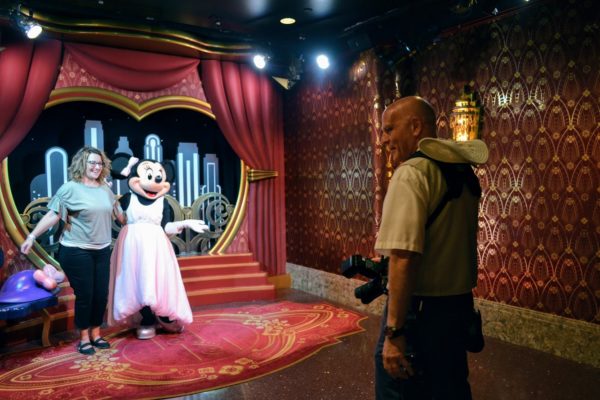 You’ll find that most of the regular Table Service and Quick Service locations aren’t open (although there will be a couple spots where you can purchase some select menu items), but that may not be necessary since the event includes unlimited ice cream treats, popcorn, and bottled beverages.

You’ll typically find these at the carts and kiosks spread throughout the park, so if the line looks long at one it might be worth it to hold off and try the next one you come across. 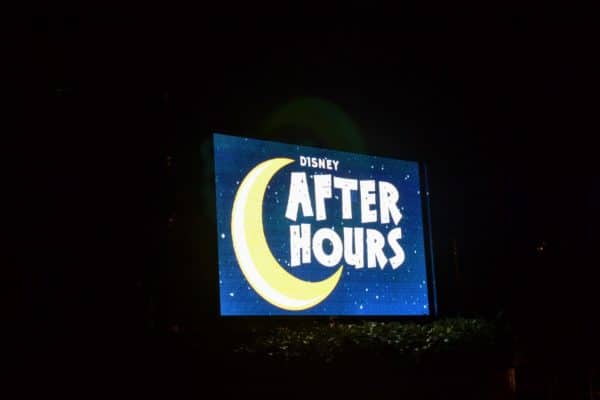 The time for Disney After Hours at Hollywood Studios depends upon the date. You can see what those are below.

These are the dates the event is being offered in 2019:

Wednesday, May 1: Celebrate the 30th Anniversary of Hollywood Studios

In honor of the big day, guests attending the May 1, 2019 After Hours event will find special character meet opportunities (with both Pixar and Disney favorites) as well as 30th Anniversary merchandise available for purchase

This will be a HOT ticket for all Star Wars fans! Guests are encouraged to dress up (cosplay fans unite!) for fun meet and greets with some of your Star Wars favorites like these 2 duos meeting over in Star Wars Launch Bay: Chewbacca and Rey & Kylo Ren and Captain Phasma. You’ll find other characters in the park as well as fun themed merchandise and of course lots and lots of treats. 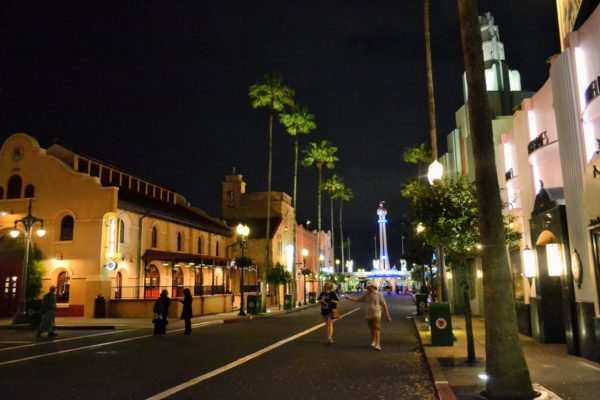 Ticket prices aren’t cheap – $125 plus tax (if purchased in advance) or $129 plus tax if purchased the day of the event.

And, unfortunately, there isn’t a price difference for kids. That’s the price for everybody ages 3 and up.

There are some discounts available, though.

Annual Passholders and Disney Vacation Club members can purchase tickets for $95, so that is a nice bit of savings if you are a member of either of those groups. 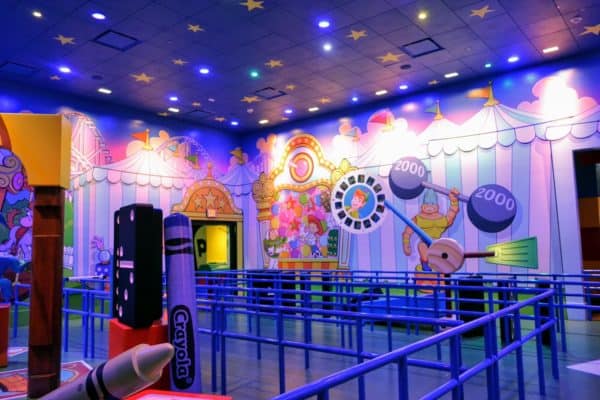 How to get tickets

When it comes time to purchase tickets, you have a couple of options:

You can purchase them from a travel professional like the agents at Perfect Story Travel. Just indicate in the notes field that you’d like to buy Disney After Hours tickets and one of the amazing agents there will get back to you ASAP. 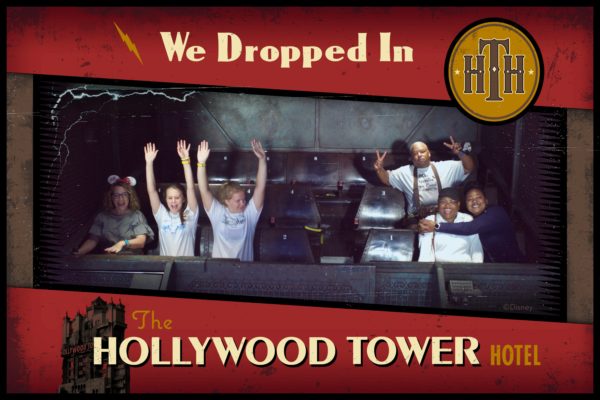 Here’s how we think you can best use your time. 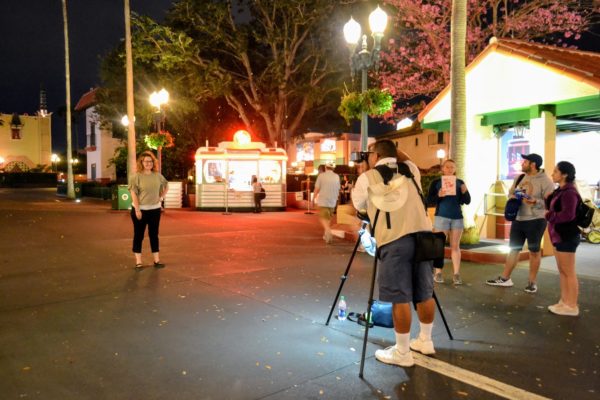 Yes, this party is not cheap. You’re paying a lot of money for what is essentially 3 hours of park touring, plus the time between 7 p.m. and when the party starts.

But for people on short trips or guests staying offsite that weren’t able to snag FastPasses for the attractions in Toy Story Land, it might make sense to think about adding this event into your plans.

Thinking about a trip where you’ll only have time to visit each park only once?

Then the Disney After Hours might be an even better idea. 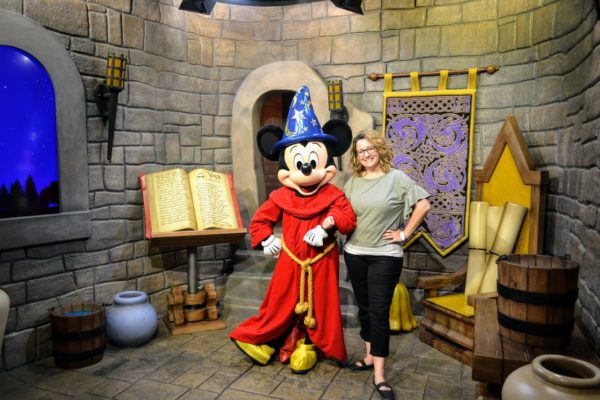 Like Magic Kingdom, Hollywood Studios offers Early Morning Magic which is a specially ticketed event that lets you enter the park early to ride the attractions and meet the characters in Toy Story Land.

Here’s a comparison chart to help you decide which one might be the best fit for your family. 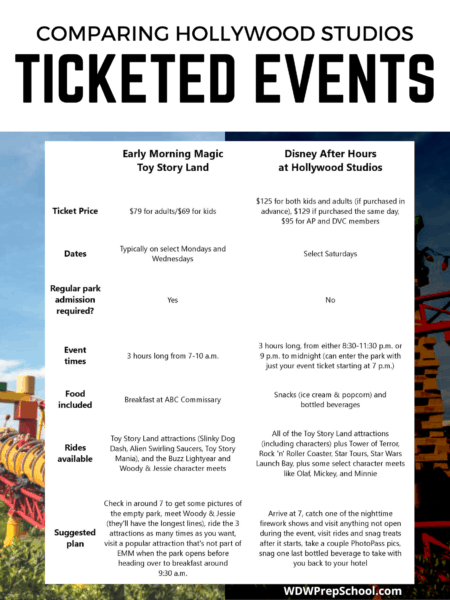 Do you know if there will be After Hours for any of the parks in 2020? I am really hoping to go in February, but as of now on Disney's site it only says Hollywood Studios has dates through July and Magic Kingdom has dates through September.

Does any one know if they will add dates for the end of August?

Any idea if the After Hours will be extended into the beginning of August (pre-Star Wars opening)?

Hi! I’m wondering if guests with a ticket for after hours at Hollywood studios are able to book dining at Hollywood studios prior to the 7pm start time? Also any idea if this will be extended into 2020? Our trip isn’t until Jan 2020. Thanks in advance I love your site and podcast!

If you don't have regular park tickets for that day, you won't be able to get in before 7 for your dining reservation.