Walt Disney World is famous for its firework spectaculars, so it is not surprising that they take their already amazing displays up a notch for the Fourth of July. But fireworks aren’t the only way you’re able to celebrate at the parks.

If you are lucky enough to find yourself traveling to Disney World for Independence Day, you’ll have lots of ways to mark the holiday.

Check out your options for the Fourth of July at Disney World below!

Celebrate America! A Fourth of July Concert in the Sky

The main event at Magic Kingdom will be the spectacular “Celebrate America! A Fourth of July Concert in the Sky” fireworks display.

Want to see the fireworks but don’t want to battle the crowds?

There are lots of places outside the park where you can catch it. During special displays like this one, however, the resorts frequently restrict beach access to resort guests so your best bet is to watch from the Transportation and Ticket Center dock. 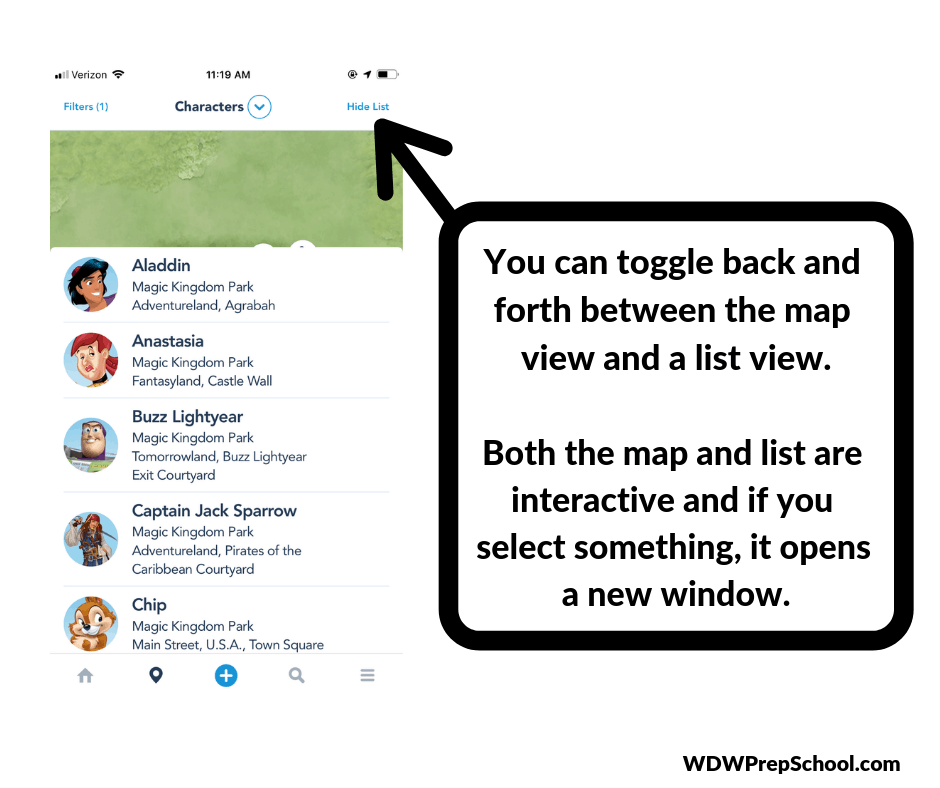 Don’t let the fun stop with the fireworks! You’ll also find special dance parties located in both Frontierland and Tomorrowland. These parties are always a lot of fun for all ages.

Liberty Square is a permanent part of Magic Kingdom but it has special appeal during the Fourth of July.

There you can catch a showing of The Muppets Present…Great Moments in American History, check out the reproduction of the Liberty Bell (which was cast from the same mold as the original Liberty Bell in Philadelphia), visit the Hall of Presidents, or take in a meal at Liberty Tree Tavern (reservations needed). 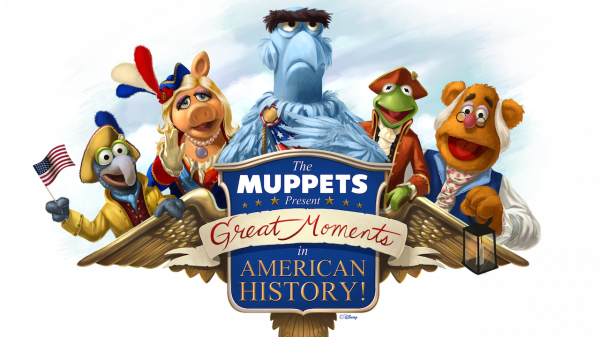 There are 4 main “acts” in the Carousel of Progress, and each one depicts a time period and holiday: 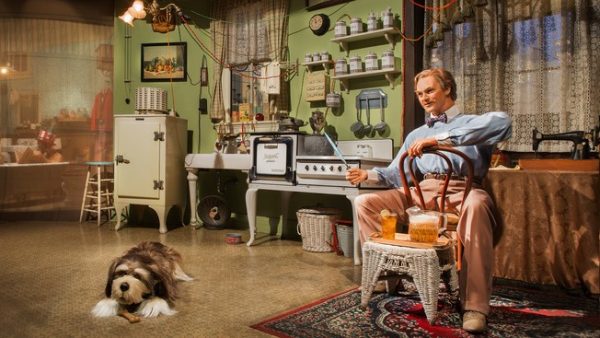 So, although this attraction is available year round, you can see why it has special significance on certain holidays, like Independence Day. It’s just kind of fun to take a look back at the storybook versions of how families celebrated.

Plus, it’s also a great place to cool off while you’re waiting for the nighttime show!

Only available on July 3 and July 4, these fun PhotoPass opportunities are a great way to commemorate Independence Day at Magic Kingdom.

This shot is available daily (weather permitting) but for the 4th of July you’ll have the option to hold a specially-themed prop:

Location: near the Partners Statue in the hub
Hours: intermittent throughout the day 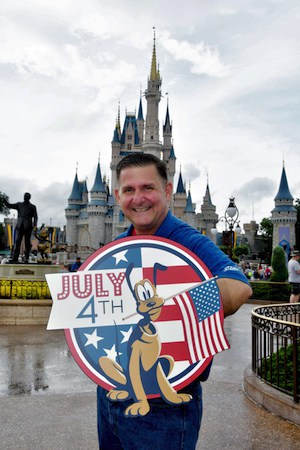 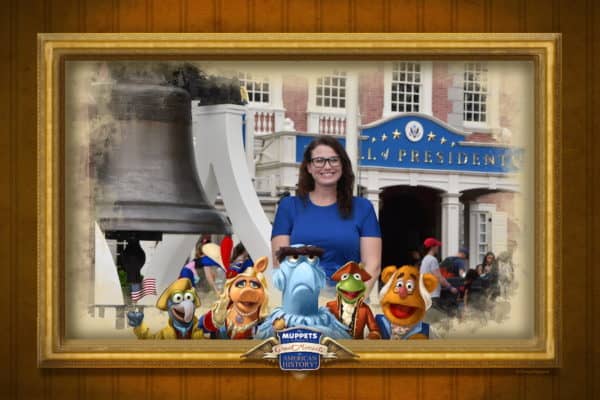 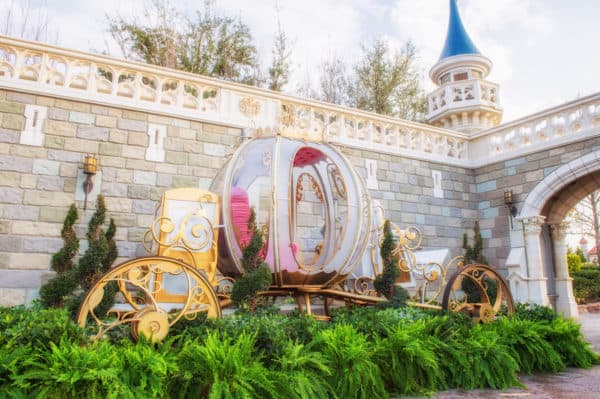 Location: on Center Street (near Uptown Jewelers)
Hours: after sundown 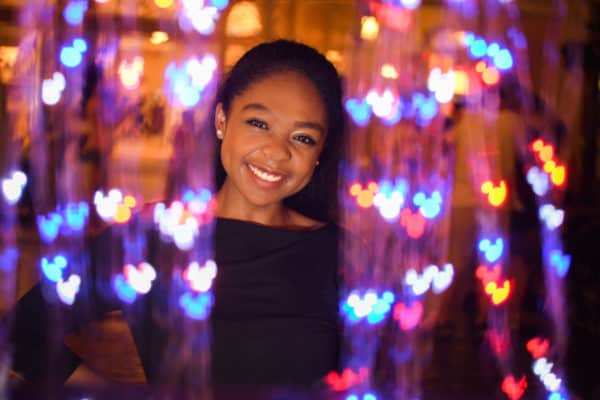 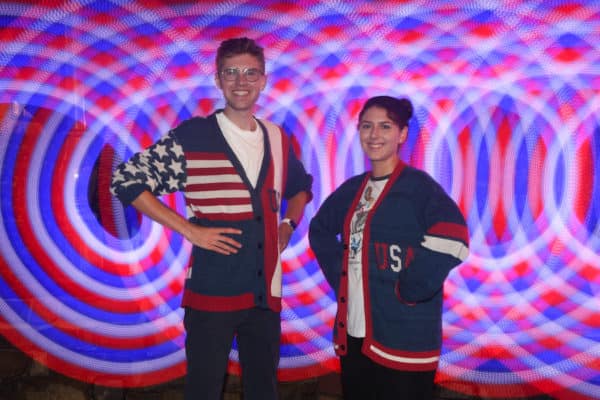 Illuminations: Reflections of Earth is the signature nighttime show for Epcot and for select holidays during the year, a special ending is often added to enhance this already inspiring display.

But, with Illuminations ending on September 30 that means this will be the final showing of the 4th of July version of Illuminations.

Illuninations will have a special red, white, and blue patriotic finale on July 4. This show starts at 9 pm.

Voices of Liberty a cappella group entertains guests daily in the American Adventure Rotunda, but for the Fourth of July they take their show outside to the larger American Gardens Theatre.

Voices of Liberty is one of our favorite acts in all of Epcot, and listening to their renditions of traditional Americana songs is a perfect way to spend some time in the World Showcase.

On July 4 you’ll find Disney Characters dressed up in their fancy Independence Day costumes greeting guests at The American Adventure.

Located inside a large and elegant theater, this show combines audio-animatroinics, film, and music to take guests on a 30-minute journey through American history.

Covering key events from the landing of the Mayflower, to the signing of the Declaration of Independence, to the Great Depression, guests are treated to a dramatic re-telling of the American story.

The American Adventure is a permanent show in Epcot, but the history told here is especially fitting for the Fourth of July. 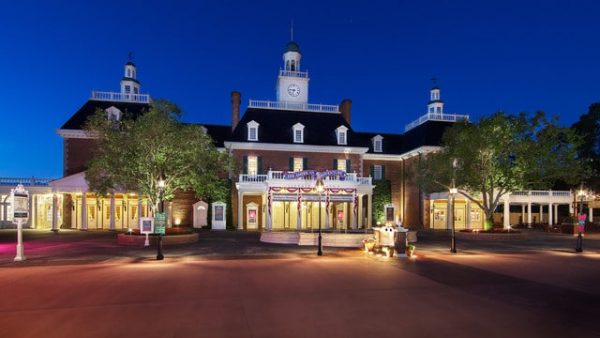 What would the 4th of July be without some tasty treats? Guests looking for a snack (or beverage!) will be able to find special Independence Day cupcakes and drinks including red, white, and blue sangria and Boom Berry Lemonade.

If you’re looking for fireworks that are a little less traditional, you can find that over at Hollywood Studios. 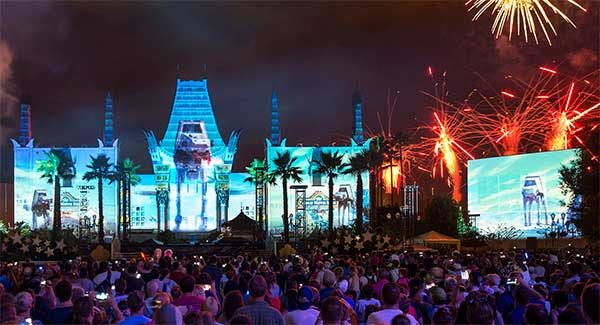 Even though there aren’t any special additions or finales, the nightly Star Wars: A Galactic Spectacular will be shown.

This popular show transports guests on an interstellar journey as they watch the Star Wars saga play out in fireworks, lasers, and larger-than-life projections.

So while it isn’t very Fourth of July-ish, it is a fun nighttime show. And if you want to see fireworks but are looking for crowds that will likely be less than those at Epcot or Magic Kingdom, your best bet will be here.

Ok, this isn’t really a Fourth of July-themed attraction BUT Sam Eagle does put on one of heck of “A Salute to All Nations, (but Mostly America)” in the grand finale.

And, considering the Fourth is usually pretty hot, you’ll probably want a place to cool off and catching a showing of Muppet Vision 3D is a great way to do just that.

Other ways to celebrate the Fourth of July at Disney World

This is another thing that happens year-round at Walt Disney World but the nostalgia of the parade and its patriotic score make it especially fitting for the Fourth of July.

You can catch the Electric Water Pageant from the shores of The Seven Seas Lagoon at the following times:

Join Woody and the gang for games, crafts, and lots of barbecue goodness.

Available nightly July 4 – 6th, guests of all ages are invited for some “rollickin’ good times”.

Music (provided by everybody’s favorite Mr. Microphone) will fill the space as guests have fun in the larger-than-life playset with some of your favorite characters like Jessie, Bullseye, Buzz Lightyear and of course, Woody.

In addition to music and food guests can participate in:

And, as the night falls they’ll be invited outside to view the fireworks (July 4th fireworks will be the special “Celebrate America – a Fourth of July Concert in the Sky” while the fireworks on the July 5 and 6 will be “Happily Ever After”).

Fourth at the Fort

Disney’s Fort Wilderness is one of the best places to spend most holidays – including the Fourth of July!

Tips for the Fourth of July at Disney World 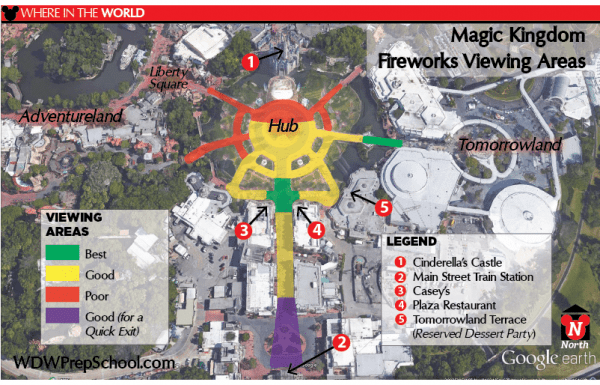 Do you have plans to spend the Fourth of July at Disney World? Let us know in the comments. 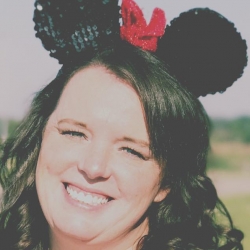 i am arriving on july 4 at 9:30 am, approx. getting at PO french quarter and eating lunch around 11-12, then we have ADR reservations at MK and fastpasses as well, starting 1:50-2:50. if we arrive in MK from 2-2:30, do you think we will be allowed in with park closures? we're using WDW transportation as well. what else can we do to make sure we get into the park, as we still do want to eat at french quarter for lunch, as were only staying there for one night. i've also read stage 4 park closures haven't happened on july 4 since many many years ago. please help!!!

You'll be fine to enter the park. I usually show up around 4:30/5:00 on the 4th. Not allowed onto Main Street...but shuffled around to Tomorrowland. Park not closed but if you want the Main Street spot, you will need to get there early.

We will be there this year and are so excited!!! I am looking forward to seeing the fireworks and staying at the Beach Club resort! It will be amazing!!!

We’ll be at Beach Club for the 4th as well...so excited ?